Is the sound massage is such a wonderful tool for relaxation?

After 20 years of the sound massage practice in the framework designed by Peter Hess and his associates, countless anecdotal reports surfaced of the benefits of this treatment especially in combating stress. In 2009 the European Association for the Sound Massage in cooperation with Dr Tanja Grötz conducted a research on whether (and how) our stress coping strategies (SMS) and the body image (BI) change under the influence of the sound massage. The researchers tested a group of around 200 people as well as the small control group which has not received the sound massage.

The testing tools included standardised questionnaires on stress management strategies and body image. (Janke & Erdmann, Clement & Leo). The sound massage was given in an intensive training seminar environment, where people were subjected to the treatment every day for a week. Both groups were tested before the “intervention”, directly after the sound massage week as well as 10 weeks after.

In other words, the subjects found overall, that their stress coping strategies improved after the sound massage week, and some kept improving (especially the negative ones) even after 10 weeks from the treatments.

The results of the body image survey are shown in the graph below. Again, the sound massage weeks has made an improvement on the body image values both positive (increase) and negative (decrease). There was no significant change in positive body image after 10 weeks, however the negative BI has certainly kept improving (reducing). 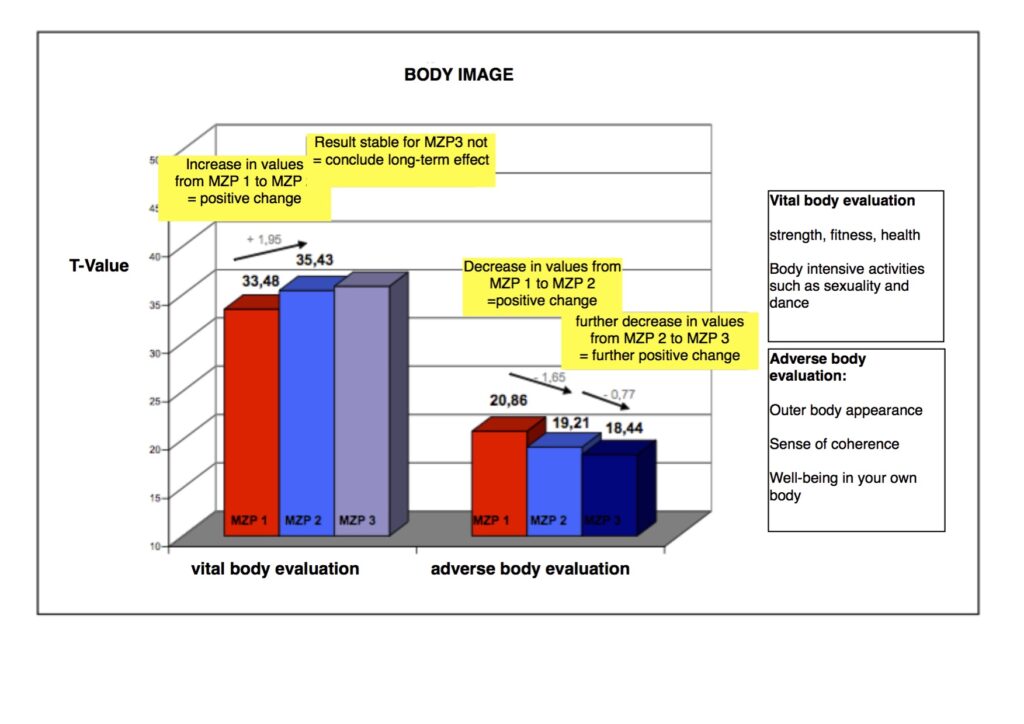 This was a first empirical long term study of the effects of sound massage according to Peter Hess method and it brought a confirmation to numerous anecdotal reports. It also brought more questions to be further studied, for example what is the origin of further improvement in stress management techniques and body image 3 months after the treatments.

“In times of increased stress-related diseases, the influence of stress management measures and body image through the Peter Hess basic-Sound Massage is promising not only in the context of health prevention, but also for many areas of learning, problem-solving or creativity.”

Use for Sound Massage

How can we use the Sound Massage? Sound massage therapy is very well suited for private as well as...
Sound Massage

Sound Massage is first and foremost a holistic method of relaxation. It could also become other means of...
Singing bowls

1. I already work with the singing bowls, (have been to Nepal, India, etc.), may I join your classes at the...

There are no upcoming events at this time


Our courses and programs are aimed at both businesses and individuals. Maranta is a training centre open for all who seek personal and professional education or training or who want to recharge in an inspiring and innovative way.

Our store is temporarily closed until further notice. We apologise for the inconvenience Dismiss